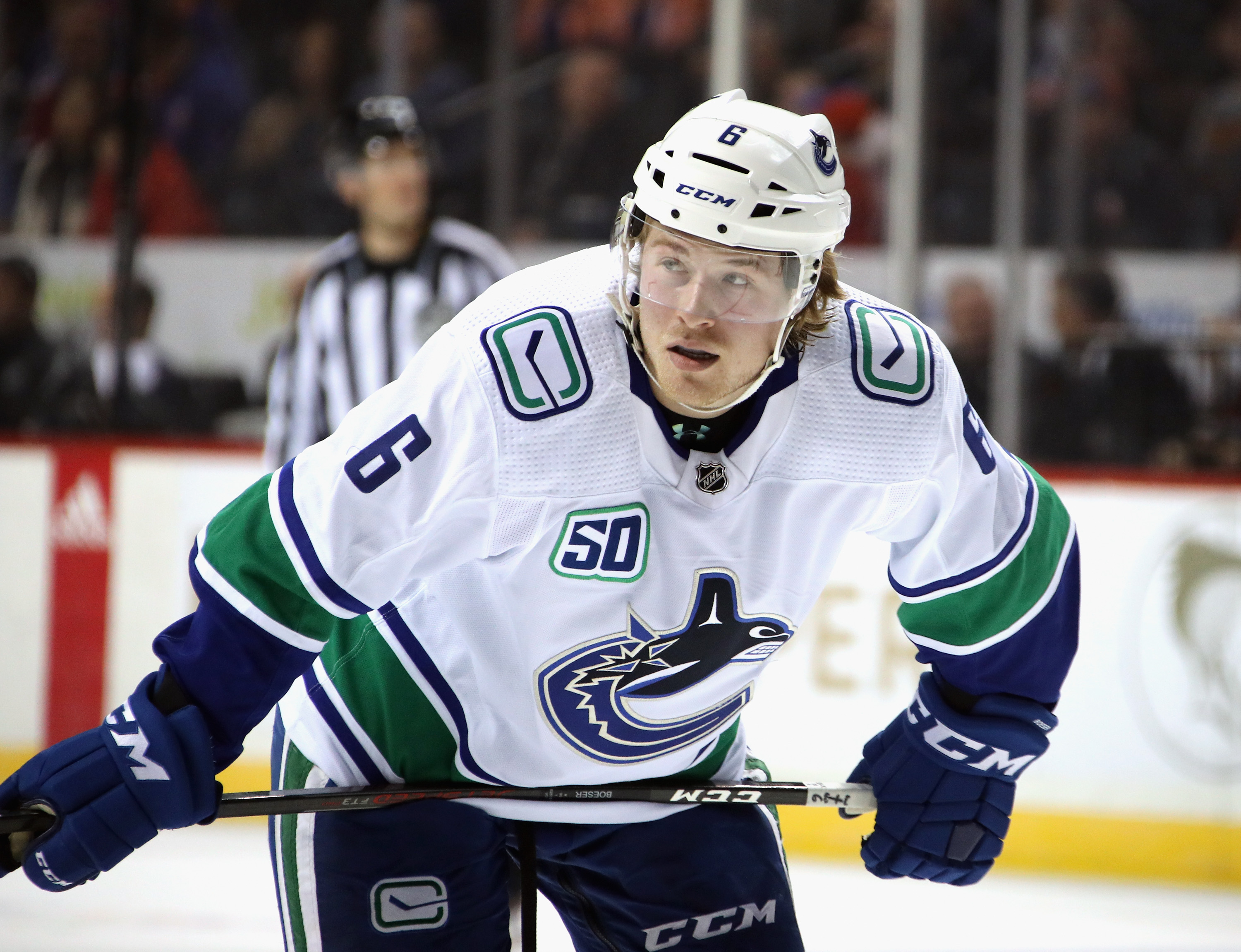 The Vancouver Canucks will be without their best winger for the remainder of the regular season and possibly the postseason.

General manager Jim Benning announced Tuesday that Brock Boeser’s rib cartilage fracture will now keep him out of the lineup for at least eight weeks.

Boeser has been out since sustaining the injury in the Feb. 8 loss to the Calgary Flames.

To help ease the absence of Boeser, the Canucks acquired Tyler Toffoli from the Los Angeles Kings on Monday night. Still, the Canucks will miss his presence in the lineup as he’s tied for fourth in points (45) on the team.

How long will Brock Boeser be out?

Benning initially said Monday evening that Boeser would be re-evaluated in three weeks; however, his status was updated less than 24 hours later when the Canucks GM announced he will miss at least eight weeks.

“It looks like it’s going to be more severe than what we originally thought,” Benning told reporters, adding that he won’t need surgery and is seeing a specialist.

According to Radiopaedia.com, rib cartilage fractures are fractures in the cartilage that connect the ribs to the sternum or breast bone. It usually occurs when there is blunt force trauma, in this case a check, or fall landing directly on the chest.

Boeser left the game Feb. 8 against the Calgary Flames with two minutes and 30 seconds remaining in the third period.

On Feb. 9, head coach Travis Green said he would miss two games and then be re-evaluated.

General manager Jim Benning released an update on Monday, Feb. 17 saying he suffered a rib cartilage fracture and will be re-evaluated in three weeks.

The next morning, he announced the winger would miss at least eight weeks, which includes the remainder of the 2019-20 NHL season.

March 8 UPDATE: Despite Benning’s estimated timeline of eight weeks, Boeser returned to Canucks practice on Sunday, just one month after his injury. He was pictured taking part in the team’s morning skate.

It’s unexpected news given that Boeser had previously been ruled out for the rest of the regular season and possibly the postseason. He reportedly won’t play in Vancouver’s game against Columbus on Sunday night, but he was wearing a full-contact jersey in practice and didn’t appear limited, so his return could come within a matter of games.

“It’s always exciting to skate with the guys,” Boeser said via the team’s Twitter. “It feels good to be out there. I felt pretty good out there so hopefully I’ll be back soon.”

The Canucks haven’t provided an update on his status since Benning’s announcement in mid-February.